I have been an avid Twitter user since 2011. In the early days I used the platform to Tweet out song lyrics and go on emotional rants. Entering college, I had a comfortable Twitter following of around 500 people, however, I knew that employers would like to see more carefully curated content and less posts […]

END_OF_DOCUMENT_TOKEN_TO_BE_REPLACED

This past week I had the chance to experiment with the power of social media. The mission was simple: make a meme go viral. The meme was to be created and shared on Imgur, a platform used to share GIF and meme content. With over 250 million users uploading over 15 million images a day, […]

END_OF_DOCUMENT_TOKEN_TO_BE_REPLACED

As many know from checking any of their social channels, this past weekend was Coachella. While #Coachella trended on Twitter throughout the weekend, social conversation centered around two performances in particular: the Walmart yodel kid and the highly anticipated performance of Beyonce. While yodel kid’s performance was universally praised, Beyonce’s performance sparked an internet debate. […]

END_OF_DOCUMENT_TOKEN_TO_BE_REPLACED

The 2018 Winter Olympics began February 9. Naturally, Twitter was buzzing the week before with pre-Olympic chatter.  By searching the following Boolean in Sysomos, a social listening tool, we were able to find out what exactly the Twitter world was excited about approaching this year’s games.

Boolean: “(#olympics2018 OR #winterolympics) AND NOT @NBCOlympics”.

Our Wordcloud, which maps the most reoccurring words, showed the location of the games was a frequently discussed topic. The only specific athlete that showed up was figure skater Adam Rippon, however, through further analysis, we discovered this was due to the social buzz around an ongoing feud with US Vice President Mike Pence, who’s name is also prevalent through the cloud.

When looking at the latest activity, #TEAMUSA took over the mentions. This is because of  retweeted posts from top athletes. 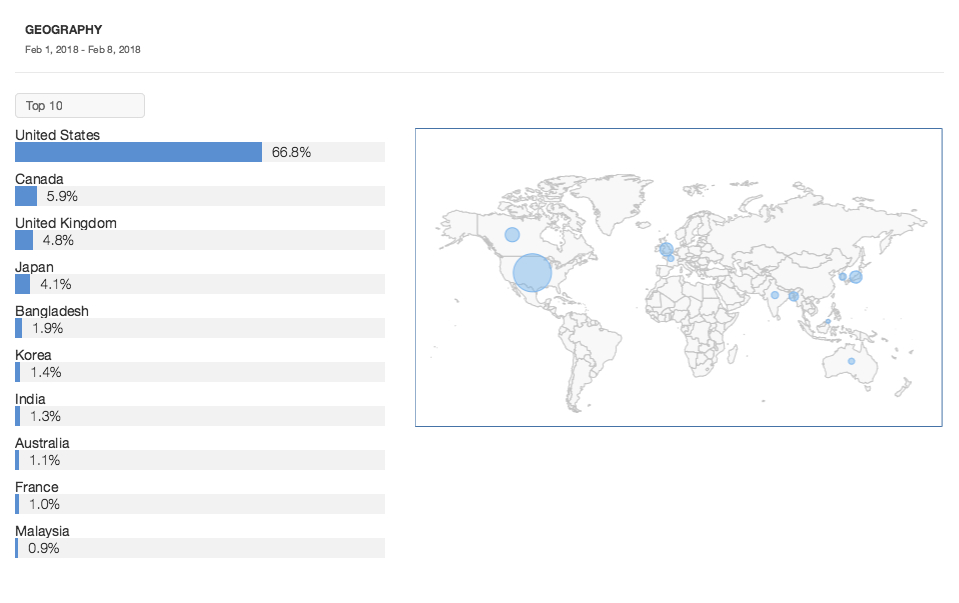 The most retweeted Tweet was politically based, summarizing the interaction between Rippon, the first openly gay figure skater, and Pence. This shows that even within an event that is supposed to unite our country in celebration, politics still stands as a divider.

.@mike_pence: I’d like to meet with US Figure Skater Adam Rippon.@Adaripp: No thanks. Mike Pence doesn’t stand for anything that I believe in.

Finally, our Buzz Graph, which shows the linkage between different topics in the Tweets, confirms that the Olympics were being discussed primarily in the context of their host country or in relation to  the ongoing Rippon-Pence drama. 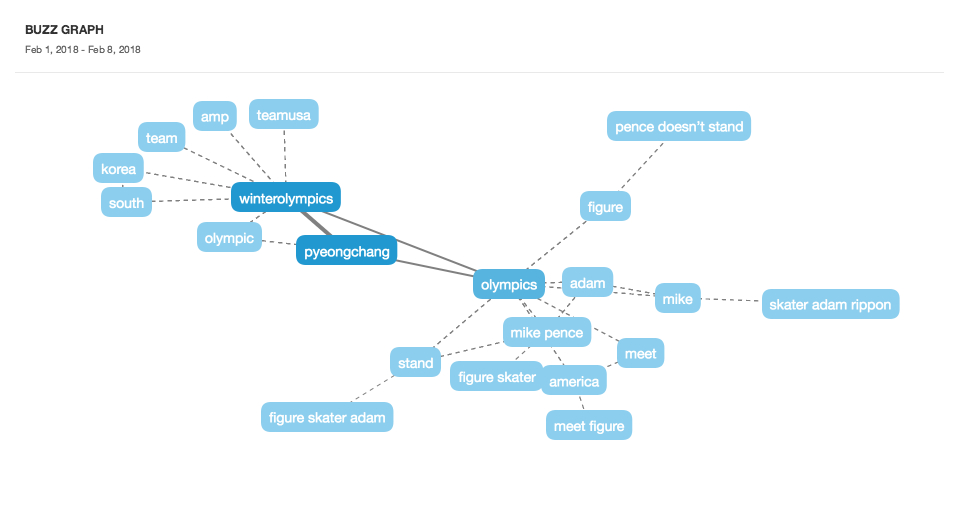 In conclusion, the pre-Winter Olympic chatter, was focused less on the athletes’ abilities and more on the controversies surrounding the location or social positions of athletes, demonstrating today’s politically focused environment has impacted even the oldest of traditions.

END_OF_DOCUMENT_TOKEN_TO_BE_REPLACED

Do you ever feel left out when your Twitter-hip friends are showing each other Tweets they find funny? Fret no more, here is how to understand Twitter humor in under 60 seconds.

END_OF_DOCUMENT_TOKEN_TO_BE_REPLACED

2008 consisted of sitting in front of my family desktop (in an impossibly uncomfortable chair), and logging onto my newest game, Facebook. In this realm, page likes were crucial indicators of “cool” and status updates were the only way my friends could constantly be notified, at any hour, of my angsty feelings and HILARIOUS encounters. […]