The NFL 2017 season started officially on September 7, but on Twitter it started before that. According to Sysomos, between 09/01 and 09/15, there were 1.7 million tweets about the NFL, without including retweets and mentions.

Even though fans all around the world were talking about the kickoff, the United States it’s where the sport is more celebrated. 88% of the tweets came from the US during the two weeks. The number can be explained because football is a part of the American culture while in European countries the main sport is soccer. 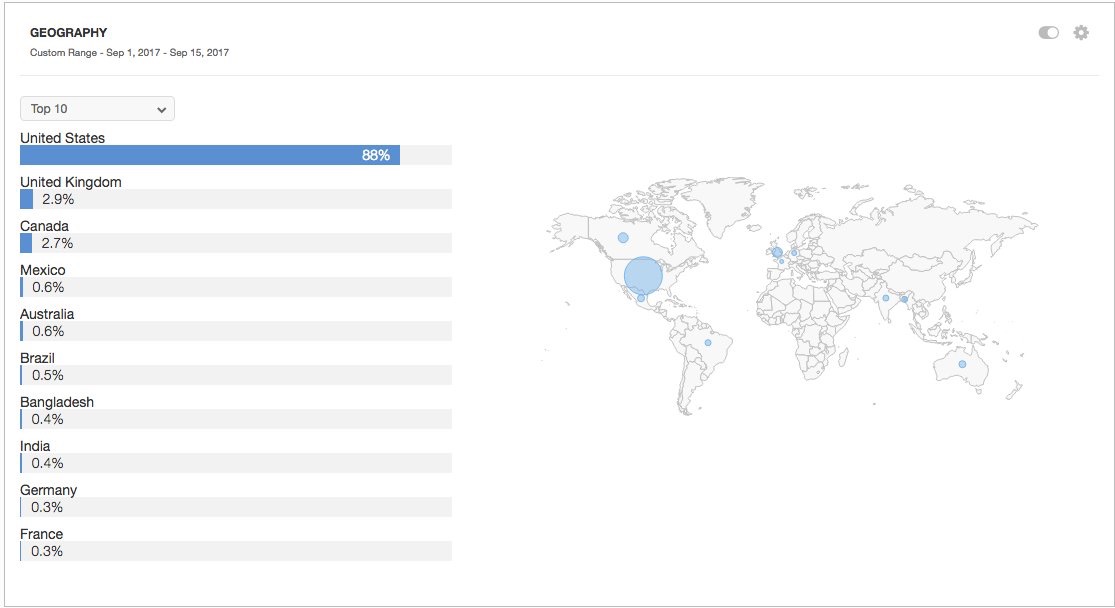 It’s a woman’s world but most of the tweets/interactions came from men.

In the world cloud, it was interesting to observe Colin Kaepernick’s name and social issues being mentioned. The 49ers player began a series of silent protests by sitting down during the National Anthem in August and was soon followed by other players. They were and still are protesting the social injustice and oppression of people of color, and the ongoing police brutality in the United States. Other common words like “NFL,” “Sunday,”and “football” are amongst the popular words, and the NFL’s handle (@nfl) was the most used one.

The number of mentions peaked between September 9 and September 12, reaching more than 500k mentions on the Twitter-verse.

On the Buzzgraph, there’s a strong connection between words like NFL, players, QT (quick tackle), and game. Also, there’s a connection between the words and the @nfl. People commenting on the game have a tendency to discuss the play-by-plays while also commenting on the athletes performances. That’s why those words basically walk together holding hands. 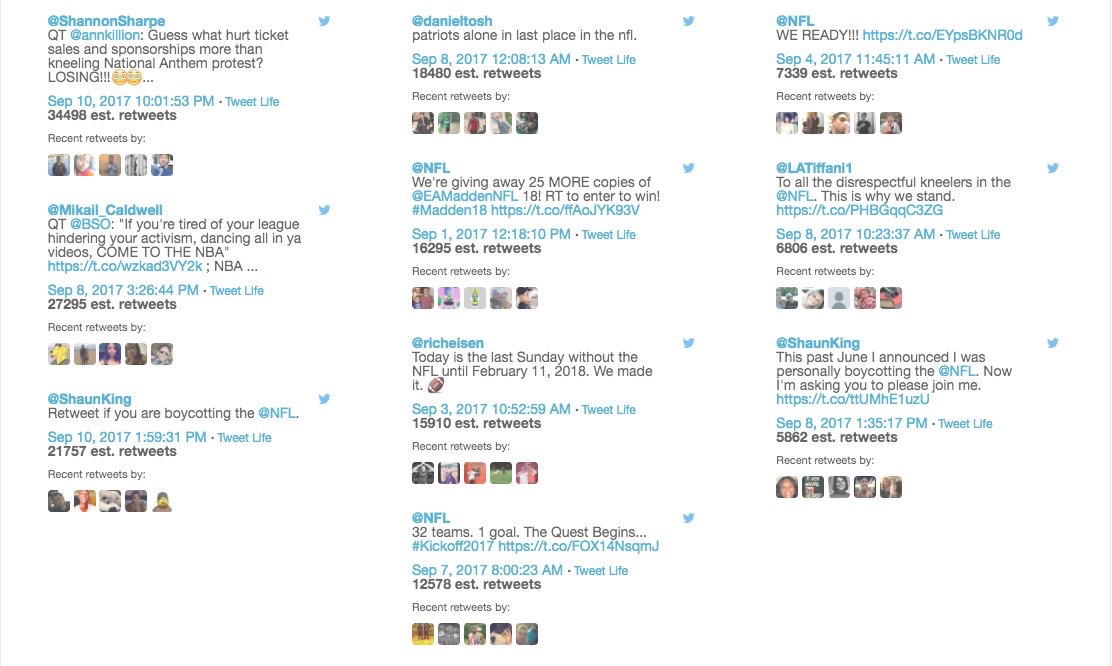