Skip to content
Posted on May 2, 2020 by Zachara Ormsby

At the beginning of the semester, I started with 360 followers. I was never one to post on my social media accounts a lot, so I guess I would be considered a lurker; lurking in the shadows seeing what others are saying and engaging occasionally. Once I started taking this class, I started to view social media differently, I began looking at my followers to see who I was engaging with and who I have not engaged with in a while. I created my Twitter account in March 2012 so a lot of my followers were fan accounts of artists that I was into during that time. I used Twitter more so when I was younger and in high school because it was new to me and I enjoyed having something to express myself on. As I started college, I became a lurker, not engaging on social media as much but still looking at it time and time again. I noticed that as I started to post for this class, I started to lose followers because I began posting more informational things and hot topics but in a more informal way than a laid back way. As I was losing followers from my past, I was gaining followers. Therefore I have 365 followers now, with a gain and loss of a few. My percentage of growth is at 19%. Although it is low, I am actually pleased to see that I have been able to show improvement in a short period amount of time since I have not been using my Twitter as much as I used to. I think what worked for me in gaining some improvement was using hashtags in my tweets (something that I have not usually done before) to reach a broader audience. I think what didn’t work was that I wasn’t tweeting every day and engaging as much as I should have. I think that if I continued to tweet on a daily basis and not just sometimes, I could gain more followers, engagements, and impressions. After this class, I am going to use what I learned and put it to use in my social media accounts, especially my Twitter. I am going to continue to engage with people on Twitter and gain a broad audience that can help me in the future when I start working for a company and need to use social media. Since I want to work in the entertainment industry, social media is one of the main tools that is used to engage with a broad audience so I will be using it almost every day. I think social media is something that is needed in the world today to communicate and I think that this class actually helped me understand the value of social media and why it is important to engage and use it.

Of all the tweets that I wrote this semester, below are my top ten tweets with its analytics.

I am sad that there has been no progress as a black student at @SyracuseU , yet students who are peacefully protesting are being suspended. SU please do better and listen to the students, we feel unsafe and victimized. #NotAgainSU #NHsmc https://t.co/T9kj5kDjdi 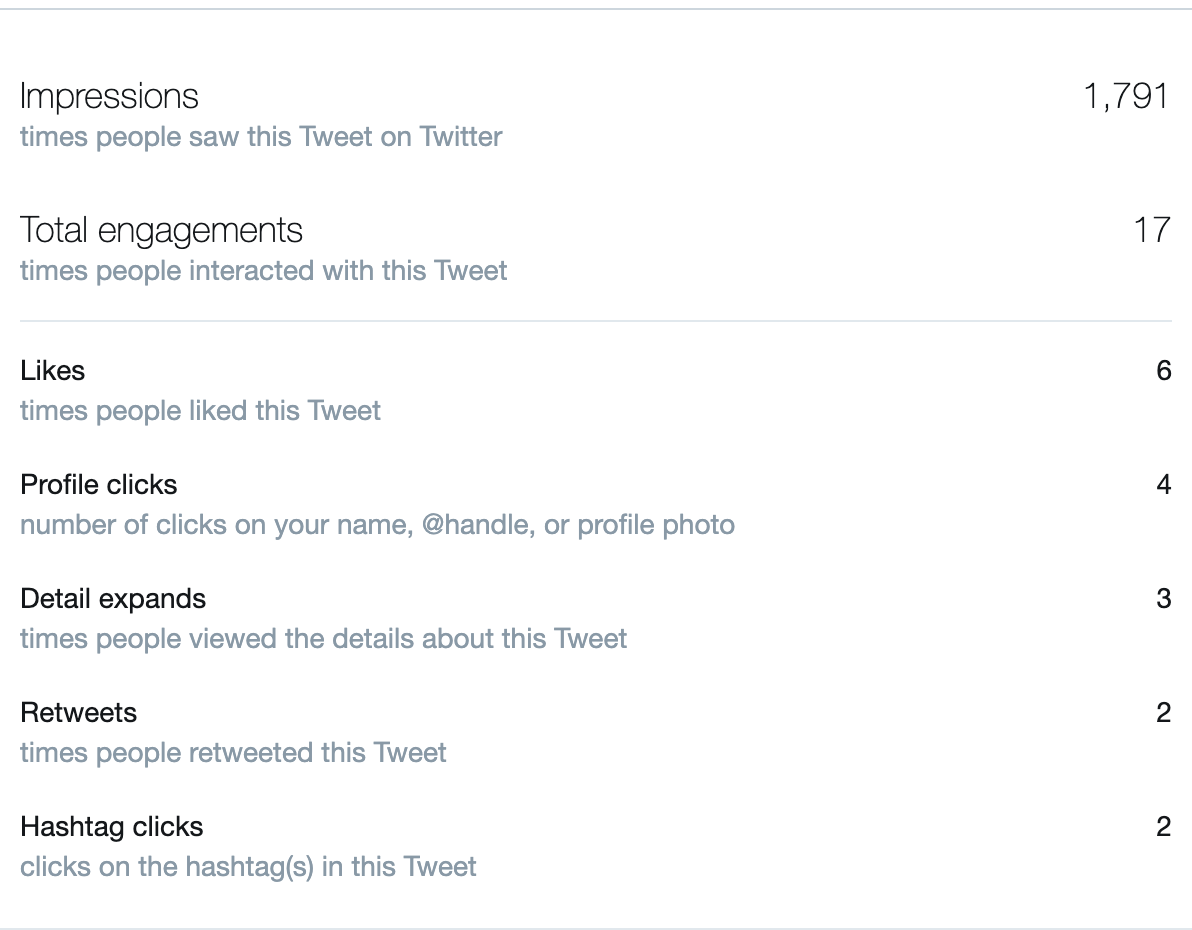 In this post, I used the hashtag, “#NotAgainSU” which worked because it was the main catalyst in trying to help Syracuse do better. At the beginning of the semester, students were protesting in hopes that Syracuse would accept their demands to do better and make people of color feel safer and less victimized but instead, Syracuse was punishing them. This led to widespread coverage of what was going on. I retweeted the Daily Orange’s post in regards to what was happening with a comment because I was continuing the conversation that many of us feel. I think what worked was that I tweeted directly to @SyracuseU and included the exact post of what had me talking. 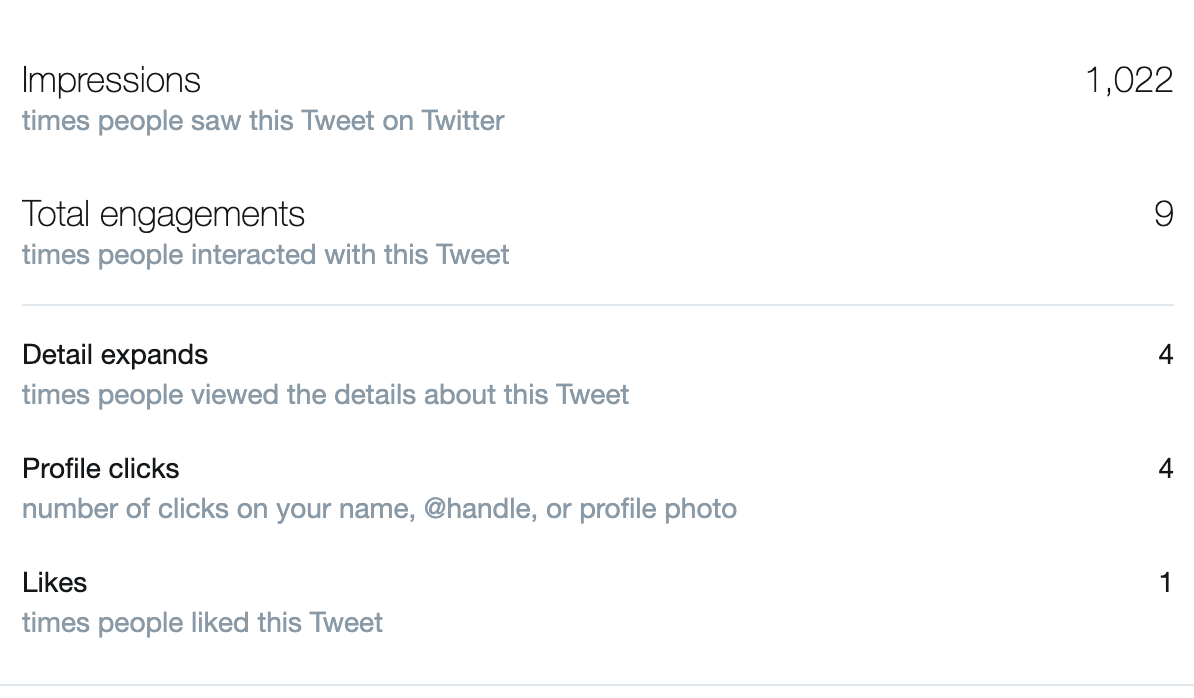 This tweet was a continuation of the conversation that was revolving around #NotAgainSU. I replied to this tweet because it had data that made it clear that Syracuse needs to change now. Syracuse needs to be more inclusive and caring for their students. Due to Syracuse suspending students for peacefully protesting, people all around the world started to react. Syracuse has a lot of work to do and needs to change now.

As of right now you are not only my sister, but you're also my top follower! 👯‍♀️🤩💞 #topfollower #twitter #NHsmc 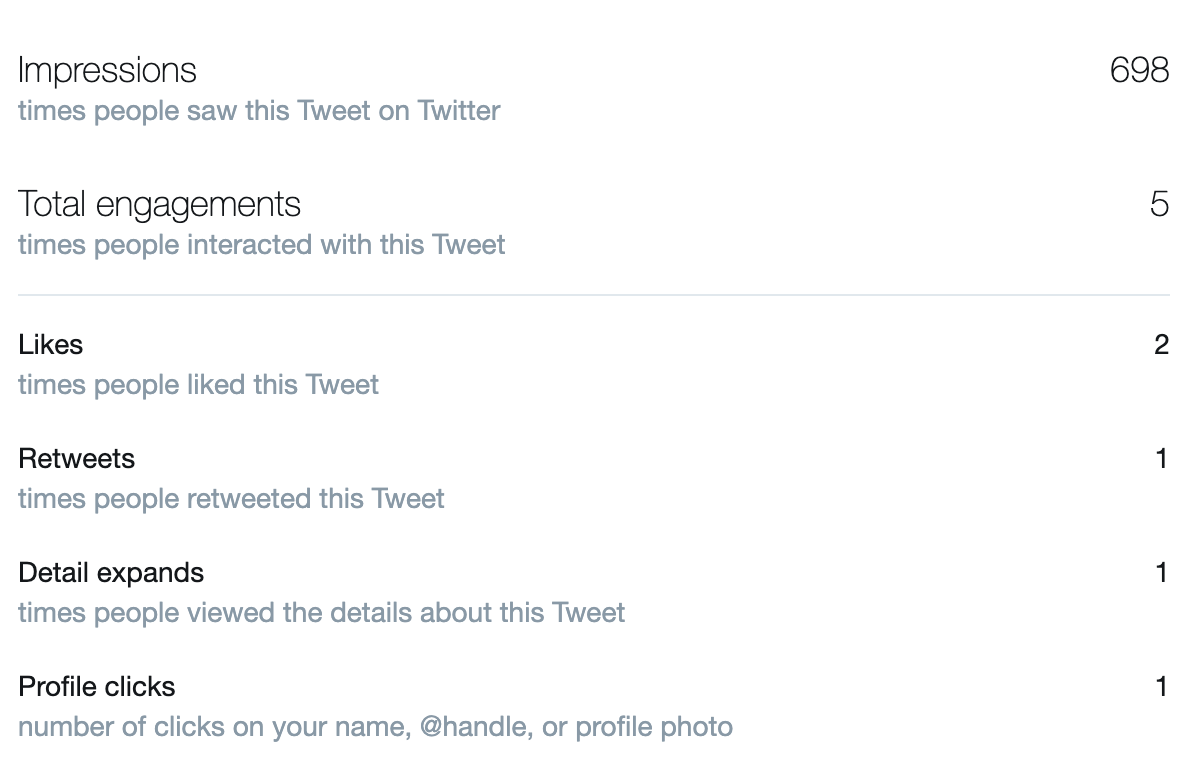 For this post, I replied to my sister’s tweet. In class, we had to look up who our top follower was and to engage with them. After I found out it was my sister, I thought that by replying to her tweet would be best to also engage with her. I used emojis and hashtags to make it more engaging and relatable, which is something that we learned in class.

wow, I can't even imagine how the students abroad there are feeling…I hope they are safe and okay #ItalyCoronavirus #NHsmc 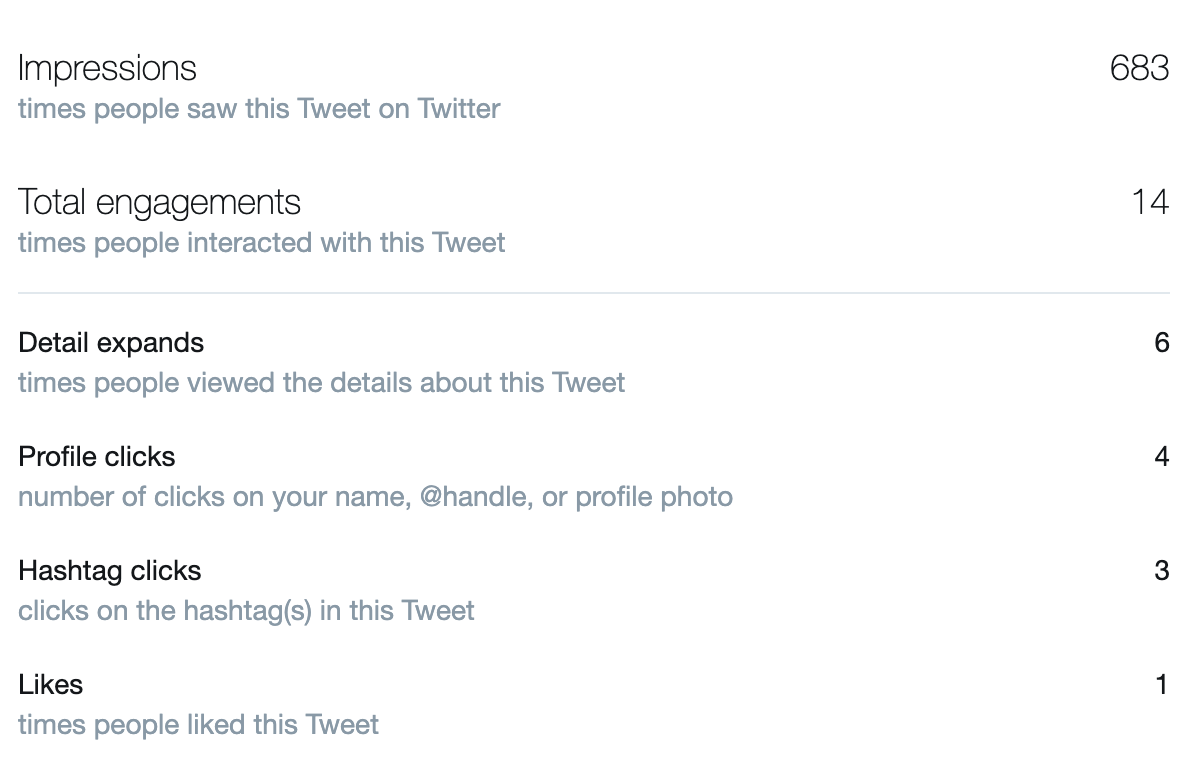 For this post, I replied to Syracuse’s tweet about the coronavirus in Italy. This was when coronavirus started to spike and students abroad were beginning to be sent home from all around the world. I felt for the students who couldn’t continue their abroad experience and have the semester that they were longing for. When I wrote this tweet, I saw that #ItalyCoronavirus was one of the many used hashtags in regards to what was going on in Italy. I think by using this hashtag, I was reaching an audience who was also interested in this topic.

Hi @aleeshacpr I am Ryah Moore’s sister. It was a pleasure meeting you this weekend and I would love to learn more about your experiences in PR. Thank you for the advice you gave me and sharing your many accomplishments with me, it is truly inspiring! #NHsmc #publicrelations 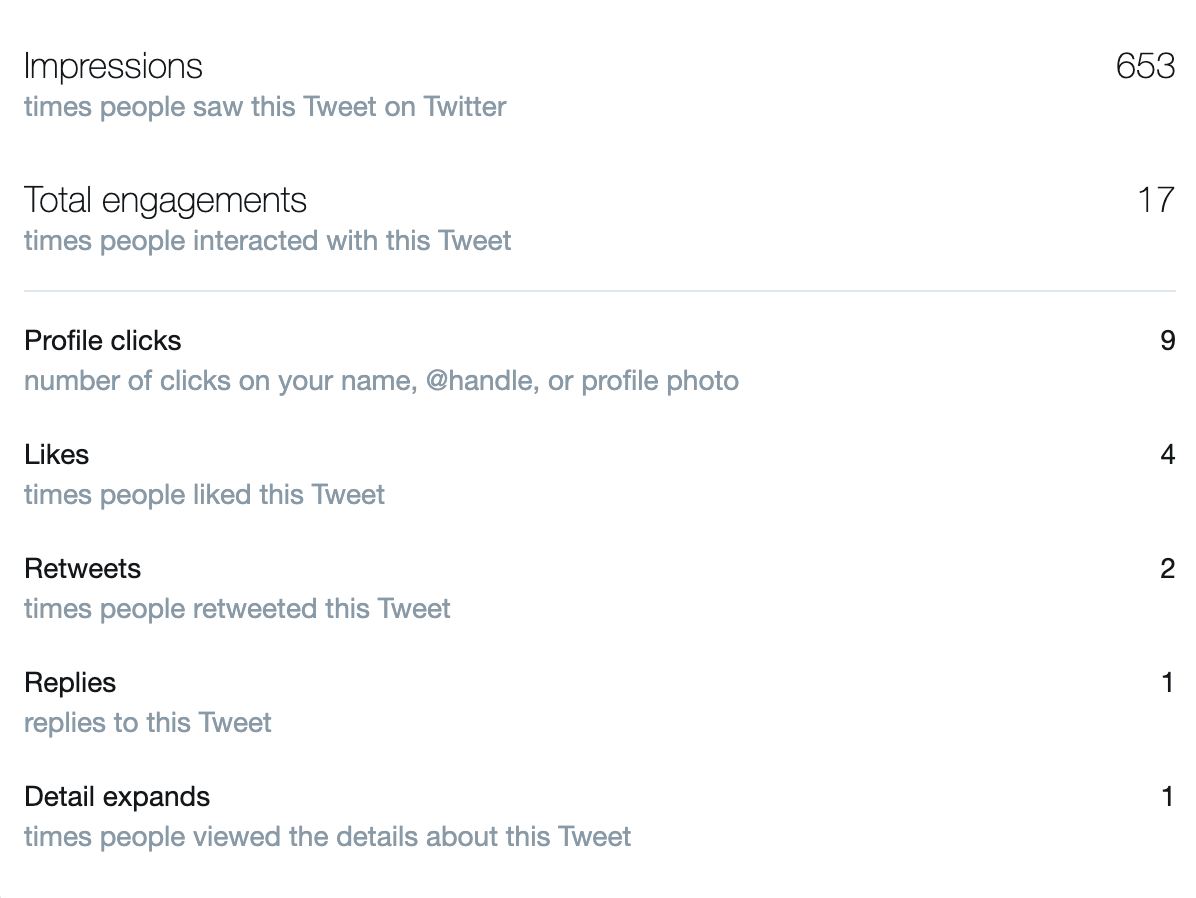 To execute this post, I was reaching out to someone who is a profession in Public Relations and is working in the entertainment industry, something that I want to do. Aleesha is also the publicist for my sister, helping her to build her brand and get her name out there as an up and coming artist. I saw the work she was doing with my sister and wanted to reach out and get more insight into what she does and how I could one day do what she is doing. She gave me very good advice that I plan to use in my future. She also stated that Twitter is a very good platform to use to network with professionals.

This post was a tweet that I posted in February. It is similar to a tweet that I posted previously, however, I used Tweetdeck to schedule the second tweet posted in March. What I used to execute this post, was I retweeted with a comment to something that someone said in regards to the #NotAgainSU movement. This tweet worked during a time where SU was dealing with a lot of controversy and not handling situations correctly. This tweet was used as more of an informational statement that there needs to be change now at SU in order to improve and help the students feel safe and less victimized.

Did anyone see Demi’s performance on the Grammys? I thought she did an amazing job since not performing for 2 years 🎤🎼👏🏽 #NHsmc #GRAMMYS https://t.co/6TZSQFOMP5 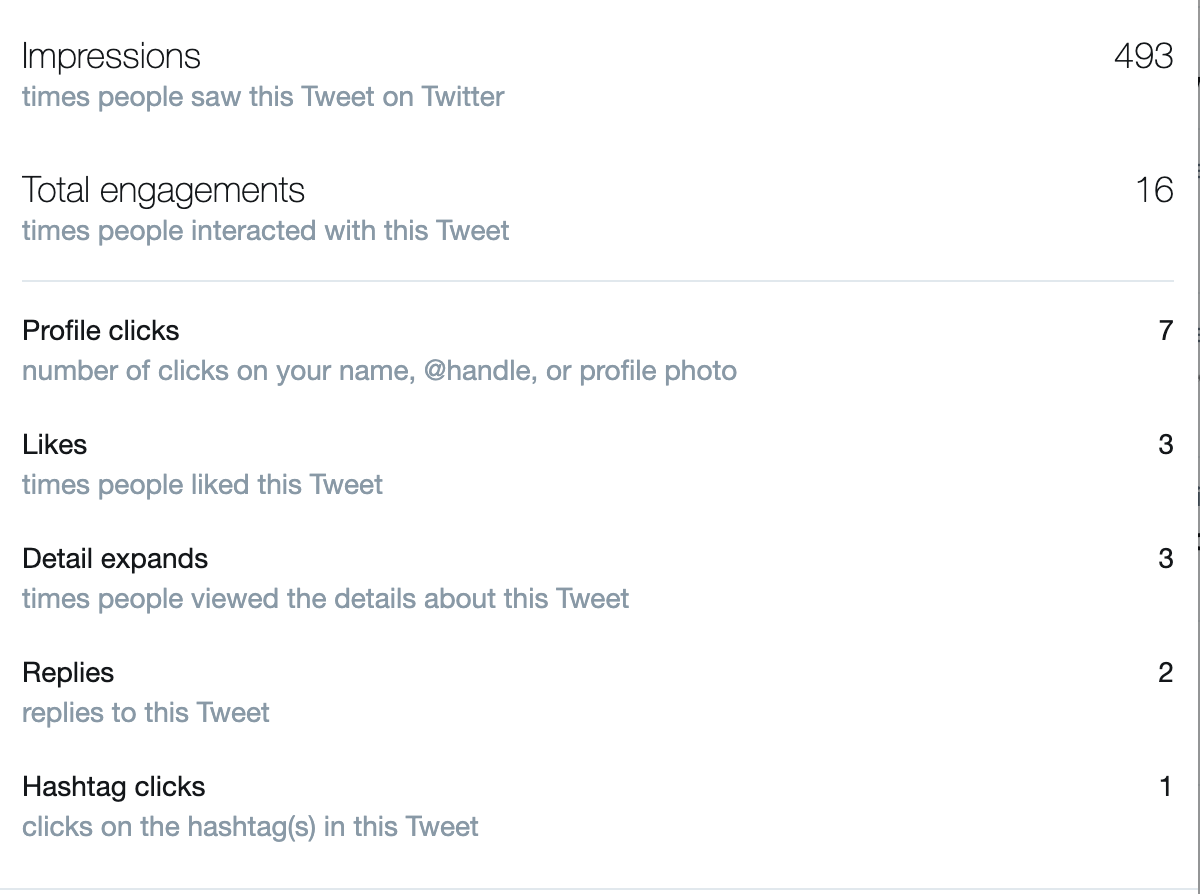 This is a tweet I posted soon after Demi Lovato’s performance on the Grammy’s; it was her first performance after 2 years. I used emojis that related to the question and statement that I tweeted and used the hashtag “#GRAMMYS” to engage with a broader audience who may have also seen the performance and were talking about the Grammy’s. 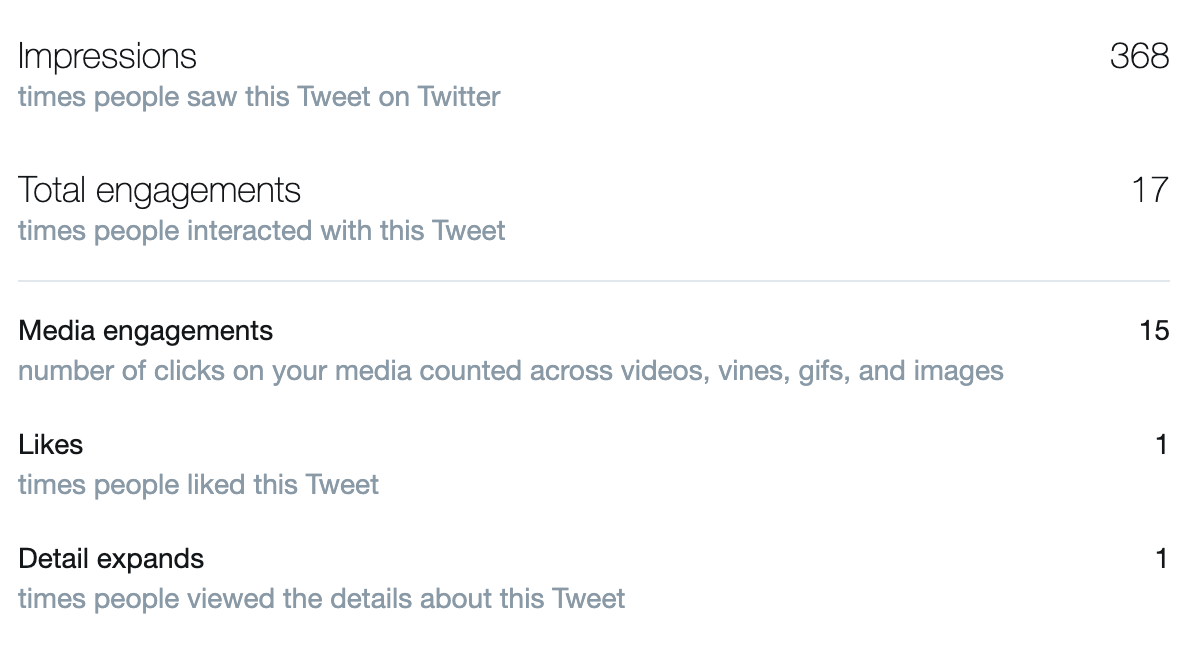 This tweet I posted was more of a relatable one. I was watching the Superbowl (more so for the halftime show) and realized I had homework that I needed to complete for Monday’s class. As I was scrolling through Twitter I saw that there were other people that were tweeting about having homework due so I posted this meme. I think the emoji that I used made the tweet more relatable and kind of added humor to the tweet. 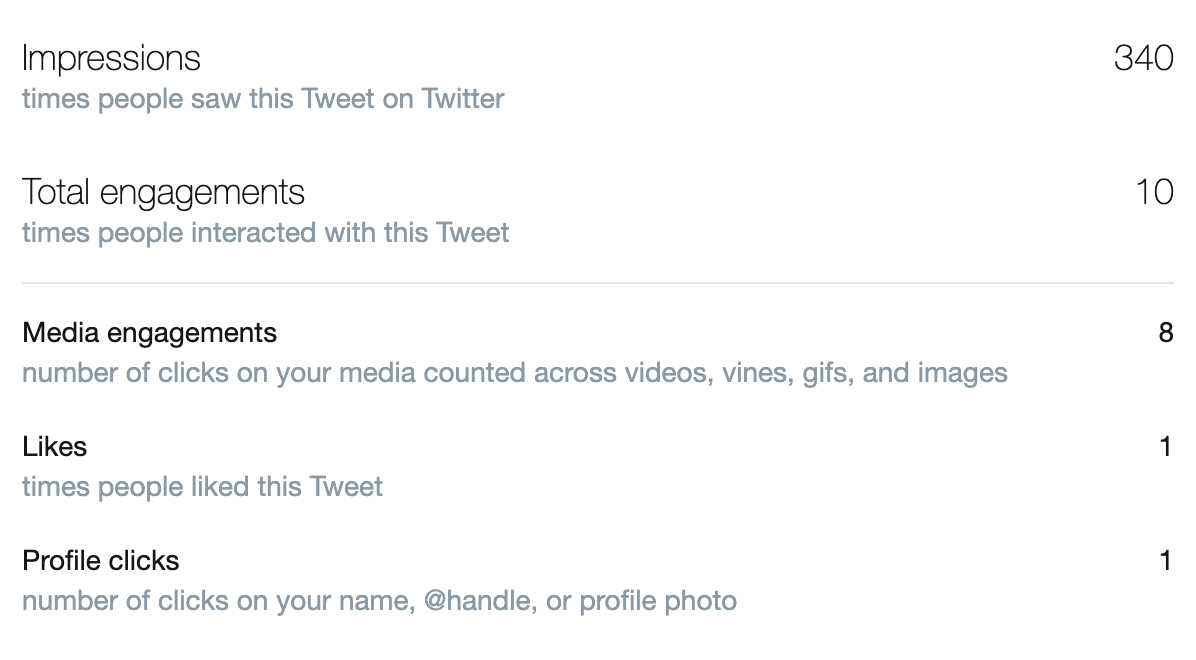 I executed this tweet by adding a screenshot of the rise of the flu happening in the United States. I chose to research the flu because it was during the time of flu season and I wanted to see how bad it was and how widespread it got. The statement that I made was more of a humorous one but also it was informational. It showed others that flu season was occurring and to be more cautious about not getting sick. I used the hashtag “#syracuseu” because college is where most students are getting sick, including me so including Syracuse allowed those that were researching or wanting to know more information would see and hopefully take action into not spreading the flu if sick. The emojis worked because it was a visual representation of sickness. 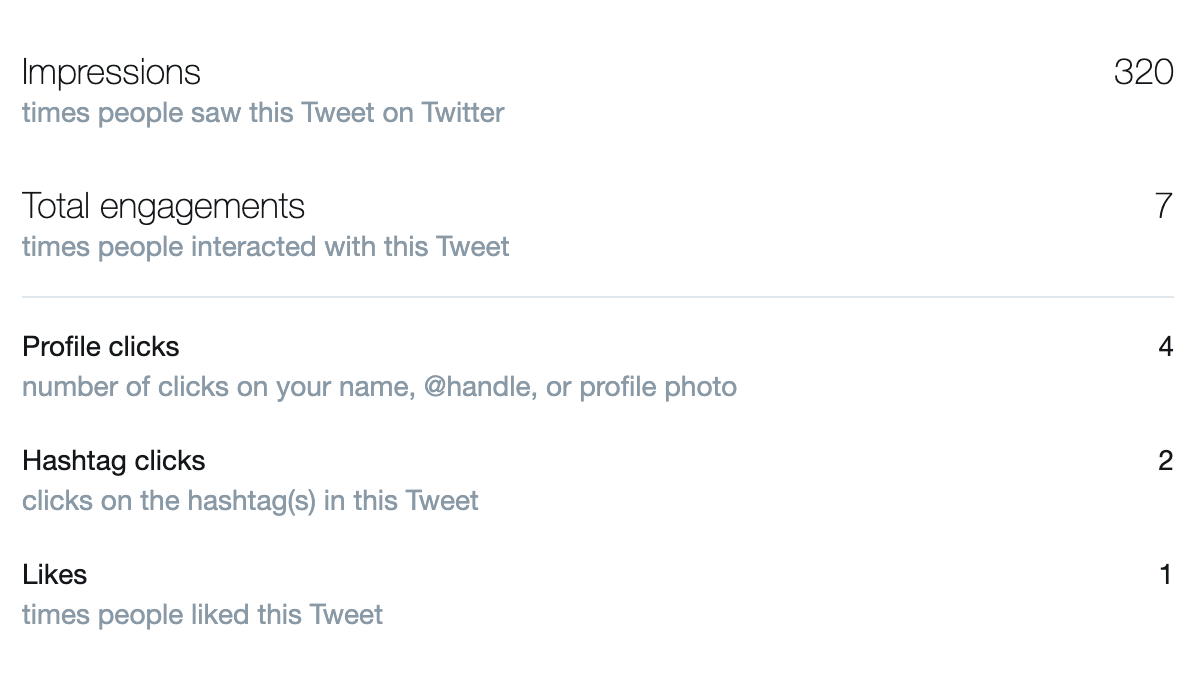 For this tweet, I got an email about the CEO of Twitter putting $1 billion of his own equity toward coronavirus relief. I thought it was interesting because to be able to do that is very selfless in trying to stop the spread of COVID-19 and flatten the curve. I didn’t think I needed to say much because it was more informational (and possibly impactful) to read the full article about it. I also felt the need to post it on my Twitter account because I thought that it was something that people should know about especially because he was the CEO of Twitter, the platform we were using. I think I could’ve reached a broader audience if I included more hashtags but now I’m realizing what is working and what isn’t working for me (in terms of engagement) when tweeting.

For each tweet I’ve posted, I’ve been noticing what has been improving my engagement and helping me gain followers. I did not know before taking this class that the use of hashtags was a tool that was needed to reach an audience. I didn’t know the importance of hashtags on social media, but now I am more cautious of it…for everything I post, I make sure to add hashtags and figure out ways to better engage with people. Looking at my influence analysis and growth, although it’s not the biggest improvement, I do feel like I improved my twitter a little more and utilized the skills and resources that I have learned in this course.