Skip to content
Posted on October 23, 2017 by Sydney Trager

For this assignment, our topic was Hurricane Irma. We chose this topic because we knew that it made a lot of headway with all of the places that it affected.

Thinking about my grandma (today would have been her bday) & everyone affected by Irma, I will match 1st $50k donated to our relief efforts https://t.co/e0CBX3ObeY

We also looked at the graph for latest activity. We saw that activity was pretty still from September 1st through September 4th and then gradually increased from the 5th until the 11th. By the 11th, the activity began to slow down and had an increase on the 13th through the 15th, which is when we stopped our research.

The next widget we tackled was geography. We saw that naturally, the United States hosted 85% of the conversation of the hurricane. Conversations were also small “whispers” in the UK Canada, and even made it down under to Australia. 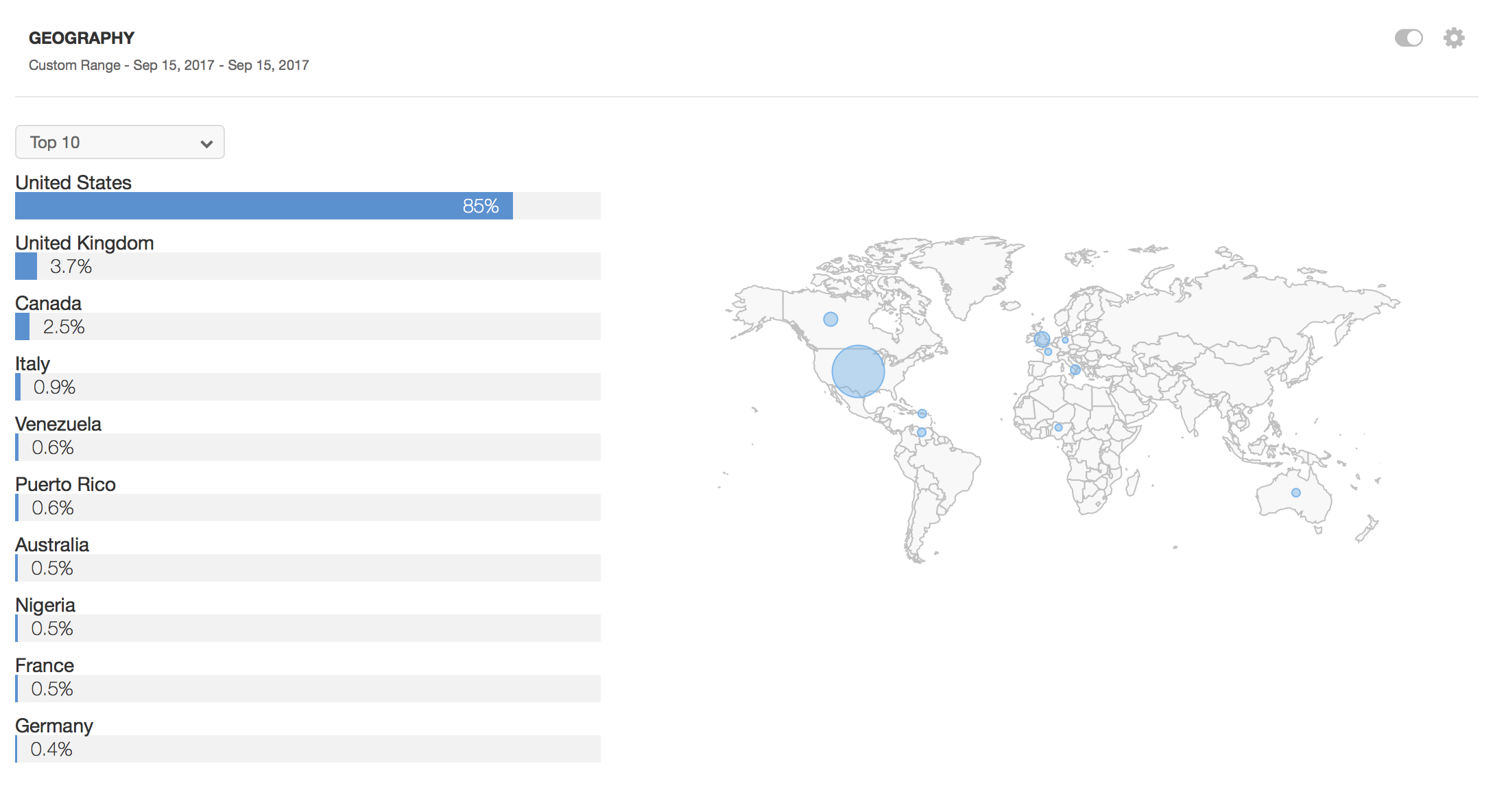 Next we looked at the word cloud and saw that there were several keywords. The words that stuck out were “Hurricane Irma, relief efforts, donating, affected, @jw3dreamforeer,” and “@yankees.” The usernames particularly stood out to us; with further researched we noticed the tweets stated that they would personally match donations to relief efforts with engagement.

Lastly, the buzzgraph shows the interconnection between how the conversation came together. We saw the main connection was between hurricane, irma, and relief, none of which was surprising.  The conversations skewed reactionary in how to best deal with relief and recovery.

We’ve also included the Twitter Trending widget because we felt as though this information ties together other points touched upon in our Sysomos project. 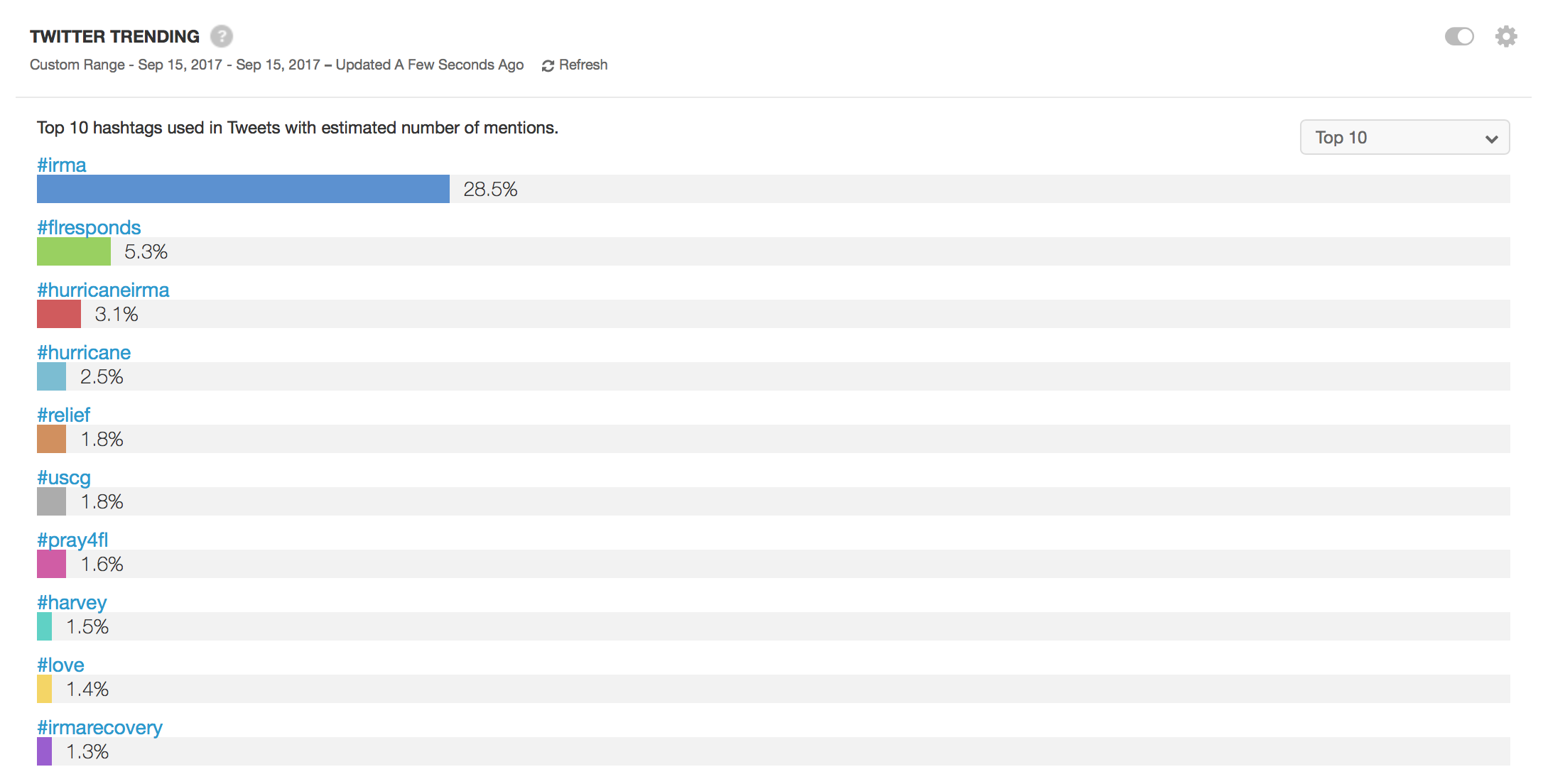 One thought on “Hurricane Irma on Twitter – a Sysomos Story”