Skip to content
Posted on October 22, 2017 by Jennifer Castro

The Pumpkin Spice Latte, (aka the #PSL) is widely contested. Is it basic or buzz-worthy? We set out to find out more about the classic drink and its social media presence on the day of its 2017 Fall season launch.

As soon as Starbucks started selling PSLs on September 5th, users went straight to social media, mainly Twitter, to discuss and share their excitement for the return of fall’s most notorious drink. If they weren’t tweeting, their pretty PSL got some attention on Instagram. Brands also got in on the action: 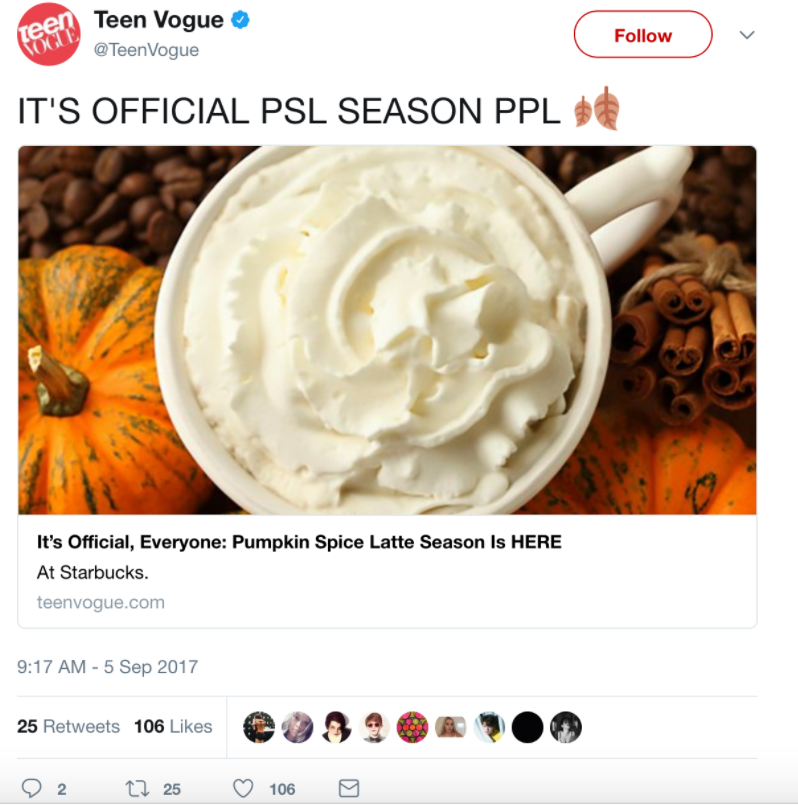 It’s interesting that the most retweeted tweet, along with many other popular ones, were written in a different language, as shown below. 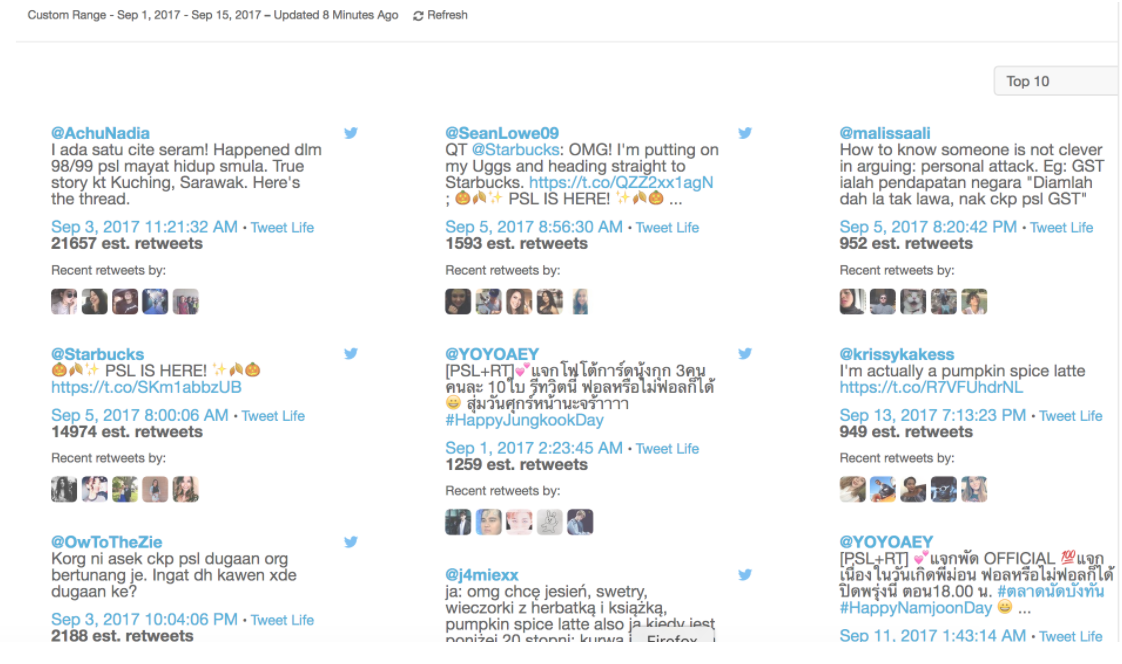 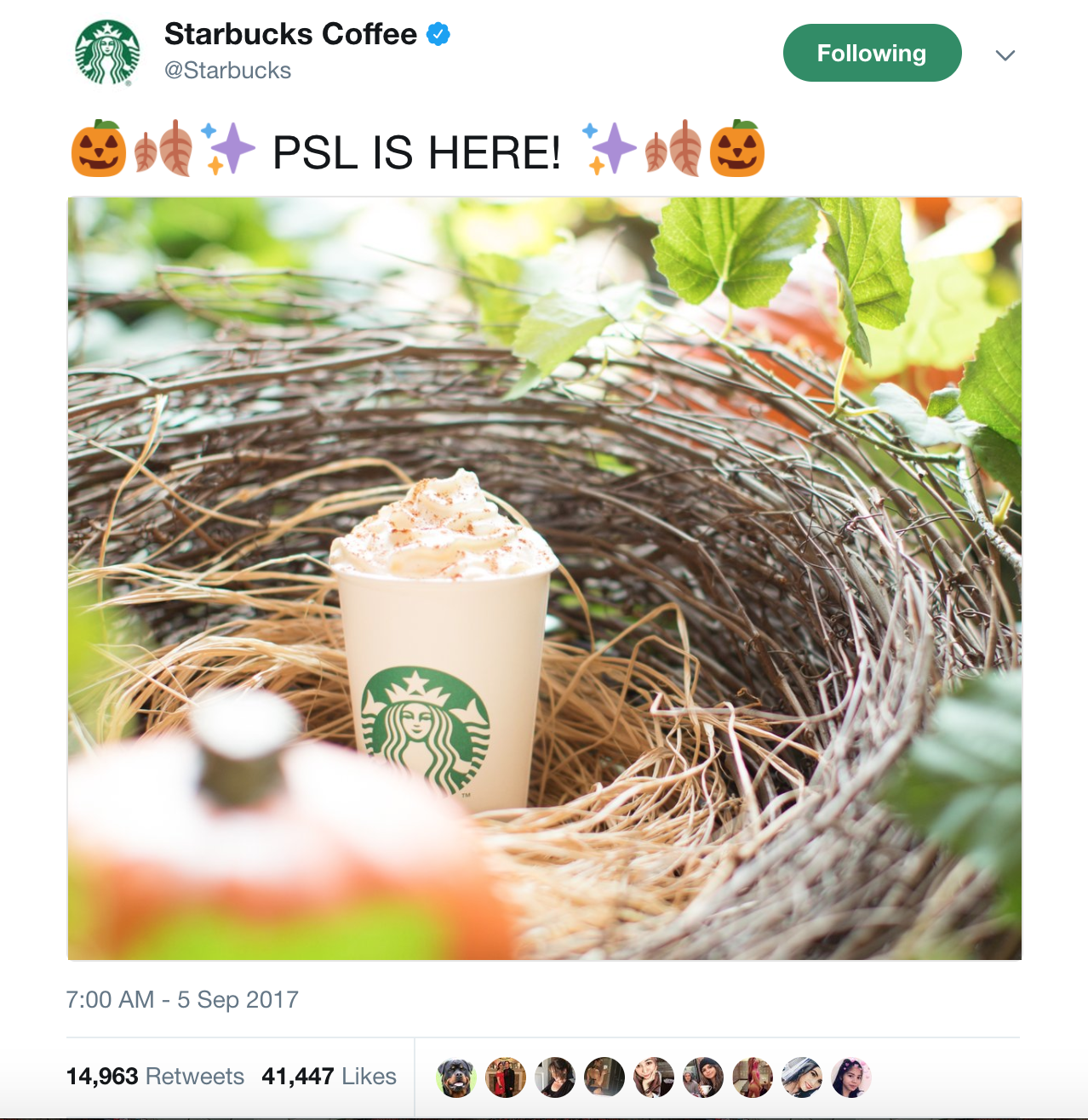 The majority of PSL fans came from the United States. This makes sense, given Americans’ love for all things fall. (Apple picking in New York, anyone?) More on Poland later…

It made sense that most Twitter users were also mentioning #starbucks in their tweets about PSL, due to the drink’s strong association with the brand. Users also knew it was #time for #fall and the return of the PSL.

What’s interesting though, is that PSL also stands for the Polish People’s Party, which explains the Polish words that appeared in the Buzzgraph. It also explains why Poland was the second heaviest user of the term.

If you couldn’t tell that September 5th meant the return of fall, this word cloud makes it loud and clear: A limited-time only PSL means September, pumpkins, leaves, and warm colors. (Peep the adorable most-tweeted emojis).

Back to our earlier point: Do people love or hate the PSL? We thought this Sysomos infographic was a fun way to decipher how most Twitter users felt about the PSL. Overall, 66% of users spoke positively about the return of the infamous Pumpkin Spice Latte. But if you aren’t sold, check out Time’s article on the matter: 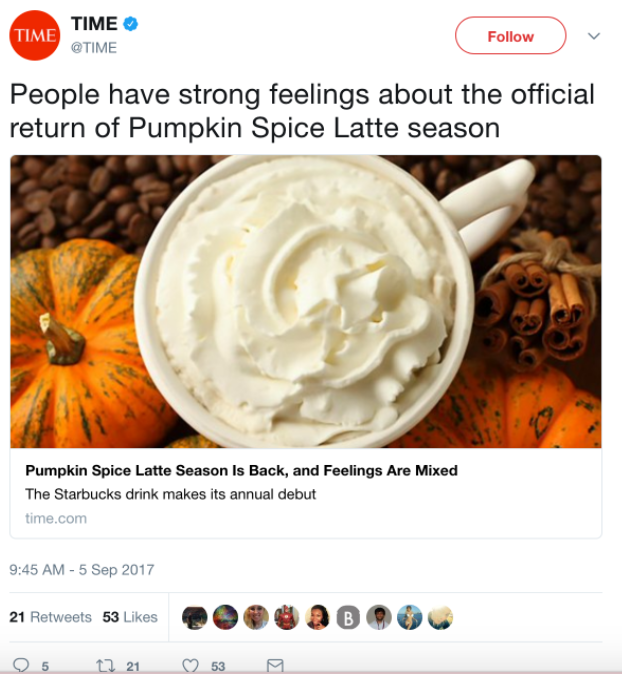 And if you’re in need of some more #PSL, check out the official Pumpkin Spice Latte account and thank us later: 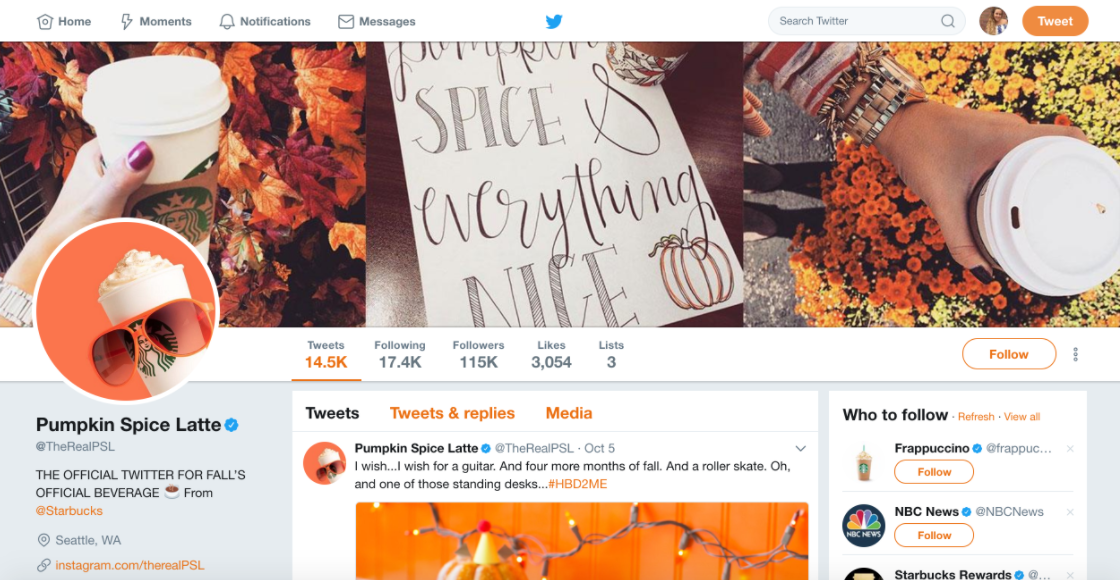