Skip to content
Posted on November 29, 2017 by Tomer Langer 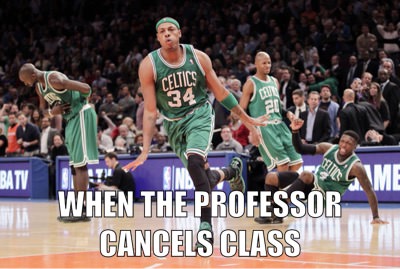 Any professors want to start their Thanksgiving breaks a little early? #NHsmc https://t.co/0JF8M89Lof

The campaign seemed to work well on Imgur, as using hashtags with wide audiences, such as “funny” and “sports” helped draw in audience. The Twitter ads seemed to be semi-effective as well, drawing in a decent audience; however, while I did exceed my goals of 500 views, I did not get to my goal of three comments. Their probably wasn’t enough activity on Imgur itself, which is something I could have tried to encourage and/or rectify that. Maybe more of a call to action (i.e. “comment if you agree!”) and sharing on a wide sphere could have led to more comments. Also, maybe if I replied back to the one comment that is in there, that could have spurred conversation.