Throughout the years, memes have been used as a component of culture in our technologically connected society, that uses humor to engage with online viewers with the intention of going viral and usually have a position in mind for a specific audience. I wanted to create a meme that addressed a modern-day “dating” issue so that it could resonate with my target audience who get the complications of texting. We all know we have been there when we decided to talk to someone, knowing very well that is the last thing you should be doing and the idea of this meme is to evoke humor and relate it with a real-life situation you most definitely have experienced.

Throughout my campaign, I created 5 separate tweets to share out my single webcard to the Twitter community in order to switch up and play around with the tone of the meme, and the hashtags that would be received.

When he’s the worst but you can’t seem to stop talking to him #RelatableAF#NHsmchttps://t.co/yBdEfjfaht

Other Tweets included the captions:

Me Yesterday: I swear I’ll nvr txt him again Me Today: Im probably not going to txt him Me Tonight: Heyy #Relatable

When you know you’re a #queen and he’s a #loser, but you can’t seem to let him go. #NHsmc

(Link to Twitter profile to view all tweets: https://twitter.com/BriThompson____ )

During my the viral content challenge, I originally set up the campaign to cost $5.00 ( $1.oo/day) for a five days across the week scheduled for different times of the day, with a mixture of hashtags and different captions to reach the target audience. After my campaign I noticed I was only charged $4.00 which is extremely confusing to me. I received 600 impressions during the duration which I was extremely impressed with despite only paying a total of $4.00.

Overall, the campaign was fairly successful in terms of reaching some of the goals I set in the marketing plan. For instance, I was determined to reach 500 views on the Imgur post and I did! However, going into the challenge I expected to encounter way more engagement via Twitter than I actually did. This being my first Twitter Ad campaign, I assumed that it would push more engagement with the target audience I concocted making the campaign, but quickly realized that was not the case. I think that if I used different hashtags on Imgur I could have generated more views solely on that. I was happy to see that I had some engagement with people I did not follow or did not follow me, because I was able to see that the meme reached people in the audience. I think I created captions and used hashtags that were very relevant to the message and were a good way to promote the meme and add to the content itself. Other ways I promoted the content was through my personal Instagram and Facebook which received numerous likes and definitely helped generate some views which makes me very happy I was able to utilize those platforms to ask my friends for some help. Although I did not hit all of my goals such as RTs, and more comment engagement, this project was a great learning experience and useful for future challenges. 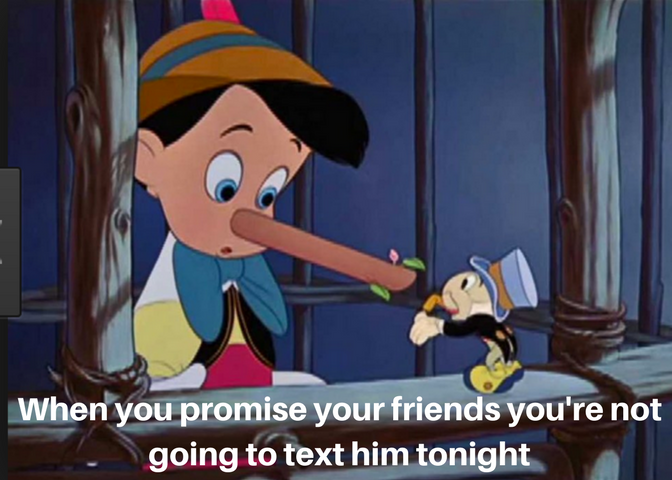 I received 522 views on my Imgur.com post and a total of 9 likes separate on my webcard and 1 retweet by the end of my $4.00 twitter campaign. I really enjoyed being exposed to Twitter Ads and learning ways to think of sharing content I created myself!

END_OF_DOCUMENT_TOKEN_TO_BE_REPLACED

The “Walking Out” meme was to make college students laugh  and share the meme on Twitter. College students feel tremendous joy in making through the last class of the week when they walk out and a weekend begins. I used a scene from “Man Men” wherein Elisabeth Moss wearing a sunglass and smoking a cigarette […]

END_OF_DOCUMENT_TOKEN_TO_BE_REPLACED

The #StoleMyLook campaign was a social media campaign centered around the goal of hopefully going viral. The content of the campaign was a meme that was posted on Imgur and then later included in several Tweets as well as Facebook posts. Stole My Look   Although it was part of a viral content challenge, the […]

END_OF_DOCUMENT_TOKEN_TO_BE_REPLACED

I had sought out on a quest to obtain virality with one rather iconic image of Obama taken by yours truly. In that journey, the idea was to connect an aspect of student life that was relatable to the send off of the former administration. Obama Skips Class Too The attempt resulted in the image above, […]

END_OF_DOCUMENT_TOKEN_TO_BE_REPLACED

Objective I want to prove that I can create content that gets a lot of engagement for myself, teachers, employers by creating a successful marketing plan. I am marketing because I want to successfully create a campaign that is measurable and realistic given the time frame. I want to increase my twitter engagement and presence […]

END_OF_DOCUMENT_TOKEN_TO_BE_REPLACED

Marketing Objectives Coming into this campaign, I knew I couldn’t generate a whole lot of virality based on my follower base alone. I thought my meme was funny and relatable to college students, but I needed a little extra audience if I was going to make the campaign reach its goals. View post on imgur.com […]

END_OF_DOCUMENT_TOKEN_TO_BE_REPLACED

The objective of this Viral Content Challenge was to make my “#Carboloading” meme go viral and identify and develop an audience within the social media community through advertising on Twitter and marketing on social media platforms. My initial goals for this campaign was to get 10 retweets, 15 favorites, and 50 engagements on Twitter.   […]