Tik Tok, a mobile video and music-based social media application created in September 2016, has become viral since its creation—sweeping social media. Similar to a now-deactivated application, Vine, users upload short videos—but unlike Vine, Tik Tok videos are longer than the 6 allotted seconds for Vine videos, and many incorporate music.

The Boolean “Tik Tok” was conducted to determine deeper information about this viral application, and by completion of the Boolean, it is found that users are mainly discussing this application in the United States. English is the primary language of the tweets discussing Tik Tok at 68.4%, and Spanish follows directly behind at 17.2%. Behind-the-scenes conversation about the Tik Tok application mainly relate to it being compared to Vine, and content discussed regarding the Korean boyband BTS. 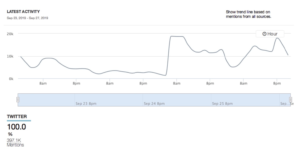 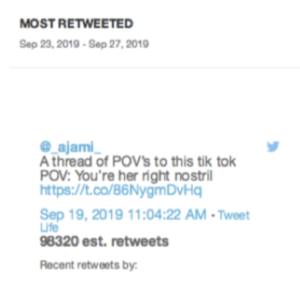 The most retweeted tweet about Tik Tok has reached 98,320 retweets. 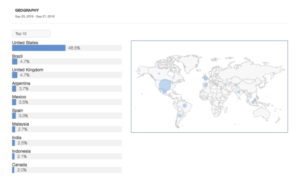 When gathering insight from the word cloud, it shows variations of ways to name the application like “tik tok account”, “tiktok”, and “tik tok”, and has many video references. With the Korean boyband BTS being a common topic, they are discussed in the word cloud as well. This band is extremely popular in Korea, and with their growth they continue to influence America. 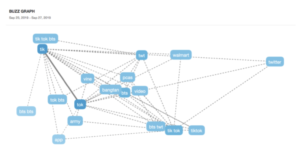 Lastly, the buzzgraph resulted similar to the word cloud—showing the words “Tik Tok”, “BTS”, and “Vine”.

Tik Tok has become a mainstream application influencing social media in a way that can be argued hasn’t been done since the application Vine. As shown, the power of this application has led to its vast discussion on social media.

3 thoughts on “The Dynamics of Tik Tok – Trending Topic Analysis”