Skip to content
Posted on May 2, 2020 by Madeline Smith

The hashtag that I have decided to explain is #WHO and the dispute around whether or not the decision by Trump to halt all funding to the WHO (World Health Organization) is ethical or not. While many people believe that this was not a smart decision by the President, others have posted their concerns blaming the WHO for “allowing” COVID-19 to affect the U.S. as much as it has. 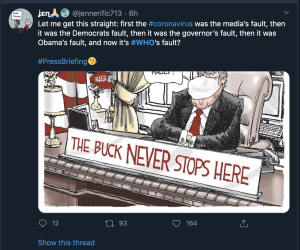 The tweet above is referring to the several various sources Trump has blamed so far for the global crisis. 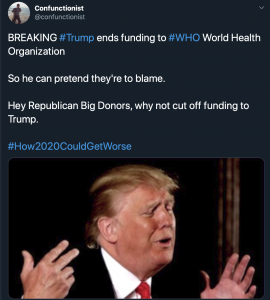 The tweet above is also seemingly unhappy with Trump’s decision to halt all funding to WHO. 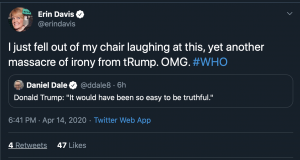 Others have been questioning Trump’s own honesty with the country ever since he displayed his disappointment with the WHO. 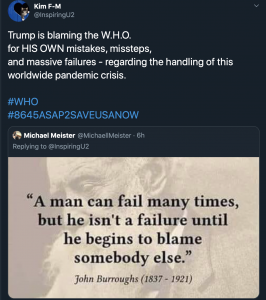 Another individual refers to Trump as a failure for his recent actions. 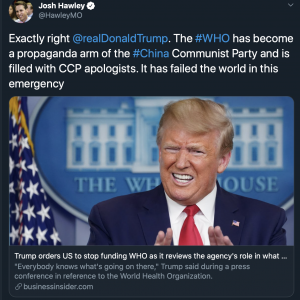 Meanwhile, citizens are supporting the President and his impactful decision. 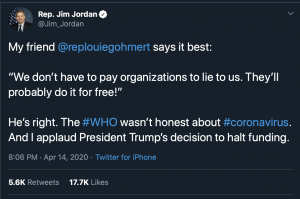 While some may believe Trump is a liar, others are blaming the WHO for their dishonesty with our country.

just stand there and act like you know what you're doing.